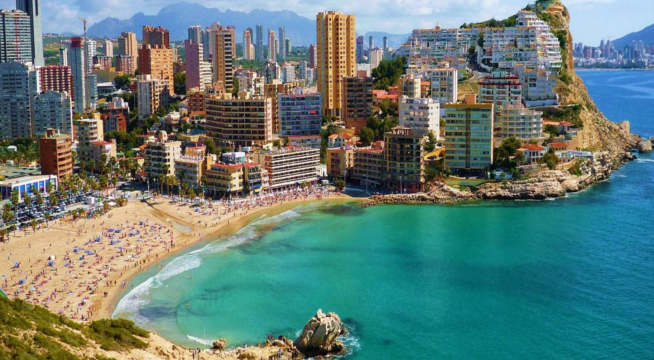 Where the Mediterranean begins is Marbella, the gateway to the busy Costa del Sol. The glittering Andalucían town is packed with sunny beach clubs and the party atmosphere extends to nearby Málaga, where rooftop bars rub shoulders with hip new galleries. Further up the coast are two more of Spain’s big hitters: Costa Blanca and laid-back Costa Brava. The former has some brilliant beaches but becomes congested in high season, particularly between the resorts of Gandía and Benidorm. The prettiest town on this coastline is Alicante, which outshines its boisterous neighbours with chic boutique hotels and quieter coves. Meanwhile, Costa Brava combines buzzy beaches near Barcelona with rocky, romantic shores close to the French border.